For more details about Helicopter Chardham Yatra, please go through the below given Overview & other Tabs :

Pickup Dehradun on arrival assistance at Helipad, take Helicopter for Harsil, on arrival proceed to Gangotri Temple. After darshan & puja, fly to Kharsali. Proceed to Yamunotri Temple 5 Kms. by Palki. After Darshan & Puja, move back to Kharsali to Check In at Hotel. Take Dinner & Overnight stay at Hotel.

Gangotri:- Gangotri is the place high in the Garhwal Himalayas from where the holy Ganges originates. According to the legend, it was here the Ganga descended on the earth, when Lord Shiva released the mighty river from the locks of his hair. The temple of Gangotri, dedicated to Goddess Ganga stands on the bank of the river.

Yamunotri Temple:- Maharani Gularia of Jaipur built the temple in the 19th Century. It was destroyed twice in the present century and rebuilt again.

Yamunotri:- Yamunotri is situated in the western region of the Garhwal Himalayas and is at a height of 3,235 meters above sea level. Yamunotri is the source of the river Yamuna. The shrine of Yamunotri is located on the Bandar Poonch peak.

Kedarnath:- Kedarnath is a majestic sight, standing in the middle of a wide plateau surrounded by lofty snow Covered peaks. Kedarnath Temple, located at a height of 3,581 mts, stand at the head of the Mandakini River. The present temple, built in the 8th century by Adi Shankaracharya, stands adjacent to the site of an earlier temple built by the Pandavas. The inner walls of the assembly hall are decorated with figures of various deities & scenes from mythology. Outside the temple door a large statue of the Nandi Bull stands as guard. It is said that devotees who die here become one with Shiva himself.

Badrinath:- Badrinath is one of the most important of all the four (Char) Dhams in India. This temple located between Nar & Narayan mountain ranges and in the shadow of Nilkantha peak at the height of 3,133 Mts. It is the most popular of Vishnu pilgrimages among the five Badries, also known as Vishal Badri. 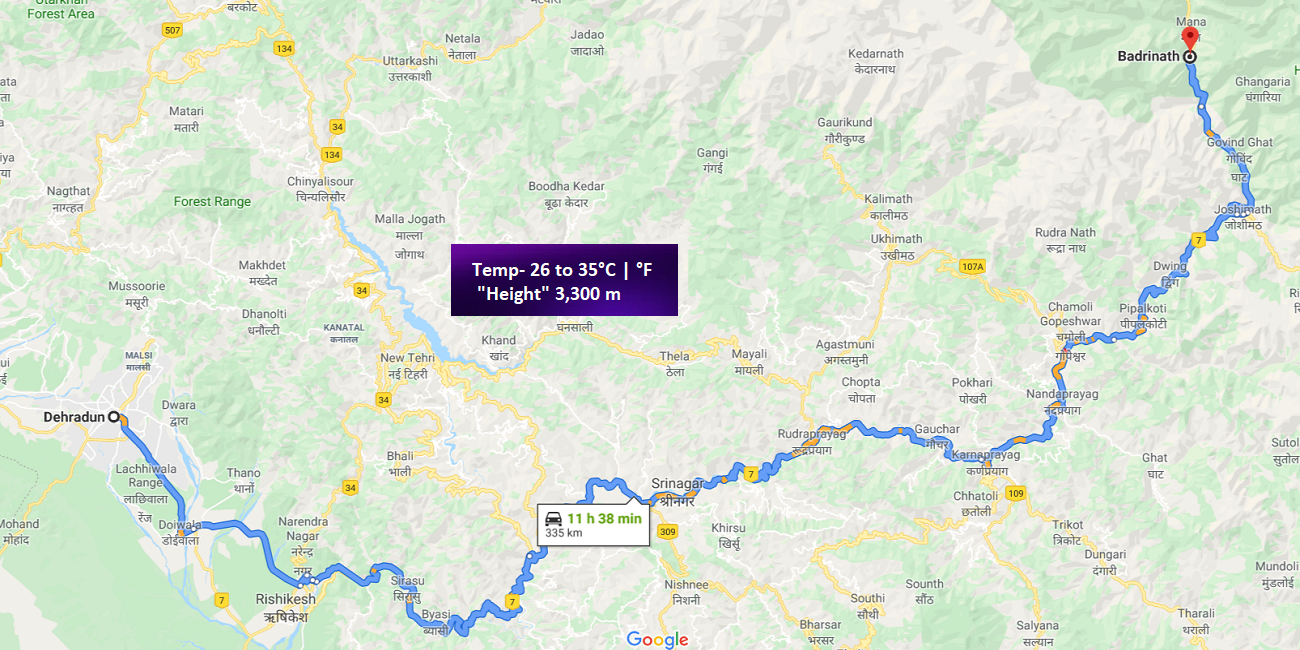