Our Chardham Yatra is designed to support you in completing the most significant journey of your lifetime. This Chardham yatra is important for best spiritual and emotional experience ever. Book your Chardham yatra though us and give us the opportunity to serve you.

An Evening at Ganga Aarti Haridwar: The Ganga Aarti in Hardwar’s Har-ki-Pauri is one of the famous rituals in India. It starts at around 6.30 pm after sunset, with large crowds gathered around both the banks of a canal that carries the waters of Ganges. Loudspeakers blare songs in praise of Ganga Maiya and Shiva. The time of Aarti sees a bustle of activity on the ghats a pack of diya comes fully equipped and is self-sufficient! It has a wick lamp surrounded by flowers It lasted for around 30 min.

Day 03: Barkot - Yamunotri - Barkot {42kms Drive/5 kms Trek(One Side)}:- Early morning after breakfast (packed breakfast), drive to Jankichatti / Phoolchatti & trek from here to Yamunotri (6kms) (Either by walk or by horse or by Doli at own cost). After taking bath in Jamunabai Kund’s warm water and cook rice by packing it in a cloth and dipping it in the hot water of the hot kund. Pilgrims take this cooked rice home as "Prasad". Having Darshan of “Yamunaji” return to Jankichatti by trek. Overnight stay at Barkot.

Day 05: Uttarkashi - Gangotri - Uttarkashi (120kms/5 hrs each side):- Early morning (packed breakfast) drive to Gangotri(3048 mts), enroute at Gangnani take a holy dip in Garam Kund, have bath drive to Gangotri via beautiful Harsil Valley. Harsil is famous for its nature beauty and for the majestic views of the Deodar trees and mountains. On arrival at Shree Gangotri, take a holy dip in the sacred river Ganges which is also called Bhagirathi at its origin. Perform Pooja and Darshan, after that relax for some time in the lovely surroundings. Later drive back to Uttarkashi. Overnight stay at Uttarkashi.

Gangotri- Gangotri is the place high in the Garhwal Himalayas from where the holy Ganges originates. According to the legend, it was here the Ganga descended on the earth when Lord Shiva released the mighty river from the locks of his hair. The temple of Gangotri, dedicated to Goddess Ganga stands on the bank of the river.

Day 06: Uttarkashi – Guptkashi/Sitapur (290kms/8-9hrs):- Morning after breakfast, drive to Guptkashi via Moolgarh & Lambgoan. Enroute you can see the beautiful river Mandakini at Tilwara. The Mandakini river comes from Kedarnath, drive alongside the river to reach Guptakashi, visit Ardh Narishwar Temple in Guptakashi. Check into the hotel arrival in Guptakashi. Overnight stay at Guptakashi.

Day 08: Shri Kedarnath - Guptkashi/Sitapur {19kms(trek)/32kms 6hrs}:- On this day we will stay in Sitapur to keep buffer time in hand to handle any last moment delay because of bad weather or any technical or medical reason. This is the best way to arrange an itinerary or program for both trekkers and flyers to Shri Kedarnath Ji. In lack of geographical knowledge and climate conditions of this divine land some passengers or some travel agents or tour operators use to keep neck to neck to program for 02 nights in Kedarnath Ji region, this always creates a problem and they themselves use to disturb their further program. You should cover the sight-sing or Darshan of Shri Triyugi Narayan Temple (Optional and Chargeable Extra) for maximum use of this day if we stay in Guptkashi/Sitapur.

Day 09: Guptkashi/Sitapur- Shri Badrinath (220kms/7Hrs):- Morning after breakfast, drive to Shri Badrinath. Check in to the hotel arrival in Shri Badrinath. Pilgrims after having a bath in the Taptkund have the Darshan of  Badrivishal & Aarti in evening. Brahamakapal is significant for Pinddan Shraddh of ancestors (Pitrus). There are other interesting sightseeing spot like Mana, Vyas Gufa, Maatamoorti, Charanpaduka, Bhimkund and the “Mukh” of the Saraswati River. Just within the three kms of Badrinathjee. Overnight stay at Shri Badrinath.

Day 11: Pipalkoti/Rudraprayag - Haridwar (165kms/5-6hrs):- Morning after breakfast, drive for Haridwar via Rishikesh. Rishikesh’place of sages’ is a celebrated spiritual town on the bank of Ganga and is surrounded by Shivalik range of the Himalayas on three sides. It is said that when Raibhya Rishi did hard penances, God appeared by the name of ” Hrishikesh ” and this area hence firth came to be known as Rishikesh. Later visit RishikeshTemples Sight Seeing – LaxmanJhulla, Ram Jhulla. Stay at Haridwar.

Day 12: Haridwar - Delhi (240kms/6-7Hrs):- Morning, after breakfast check-out from hotel and drive back to Delhi. On Arr. Delhi, transfer to Railway Station/Airport. 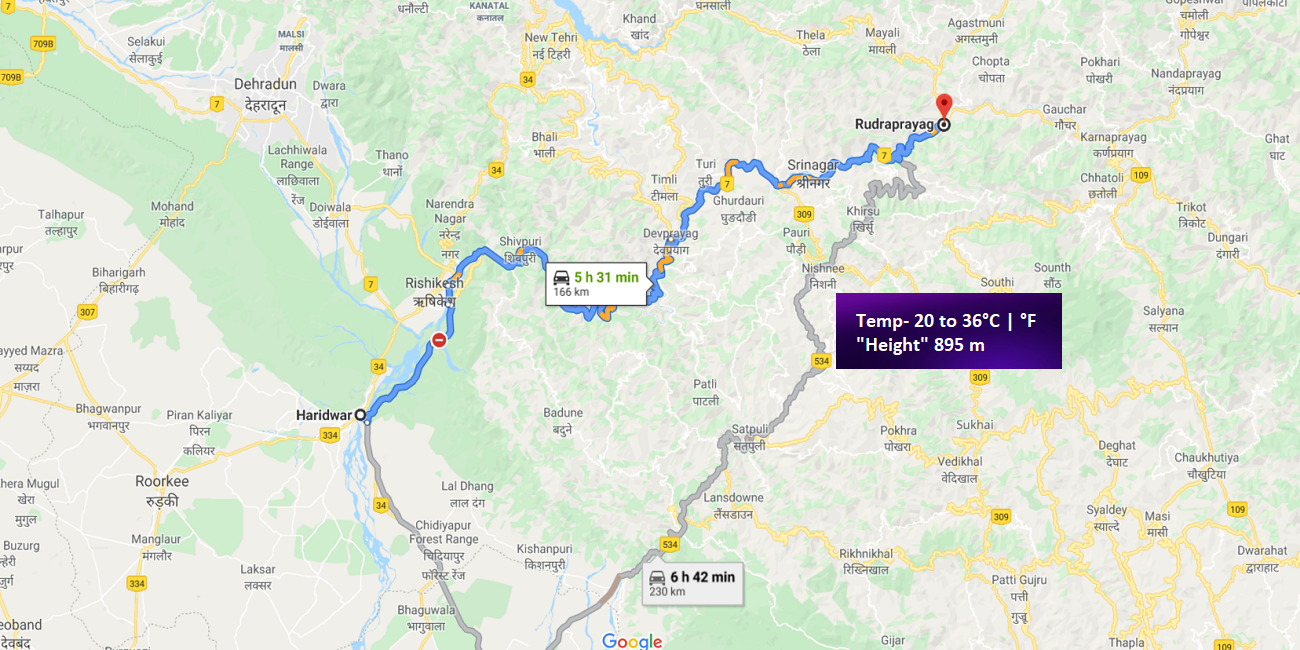 Supplementary Cost:- Helicopter Tickets for Shri Kedarnath Ji of Rs.8500/-(approx.) + GST per person from Phata to Kedarnath & back.

Special Note: Kedarnath Heli ticket rates will be decided by the Govt. of Uttarakhand and UCADA